OK, you are in for a long one. Here is the TL;DR in case you are just in it for the photos. We spent 4 amazing days climbing in Joshua Tree. Some of the highlights were the climbs (Overhang Bypass, Right On, Minotaur, Robo Ranger, Fothog, Toe Jam and The Eye), the sunsets and the amazing scenery. If you are heading out there, be warned that there is no water available in the park, so bring lots. Also, the climber campgrounds fill up fast, but we stayed at Jumbo Rocks and it was pretty quiet and still really beautiful. Climber coffee is at 8 am at Hidden Valley on weekends and is a good way to get some beta and meet other climbers. Apparently it gets really windy in J-Tree (our tent almost blew away when we tried to take it down), and it gets cold at night! Finally, the ratings are all over the place so be prepared to get spanked by a 5.5 right after you run up a 5.7. Alright, if you are ready to find out about the trip in more detail, read on and enjoy. 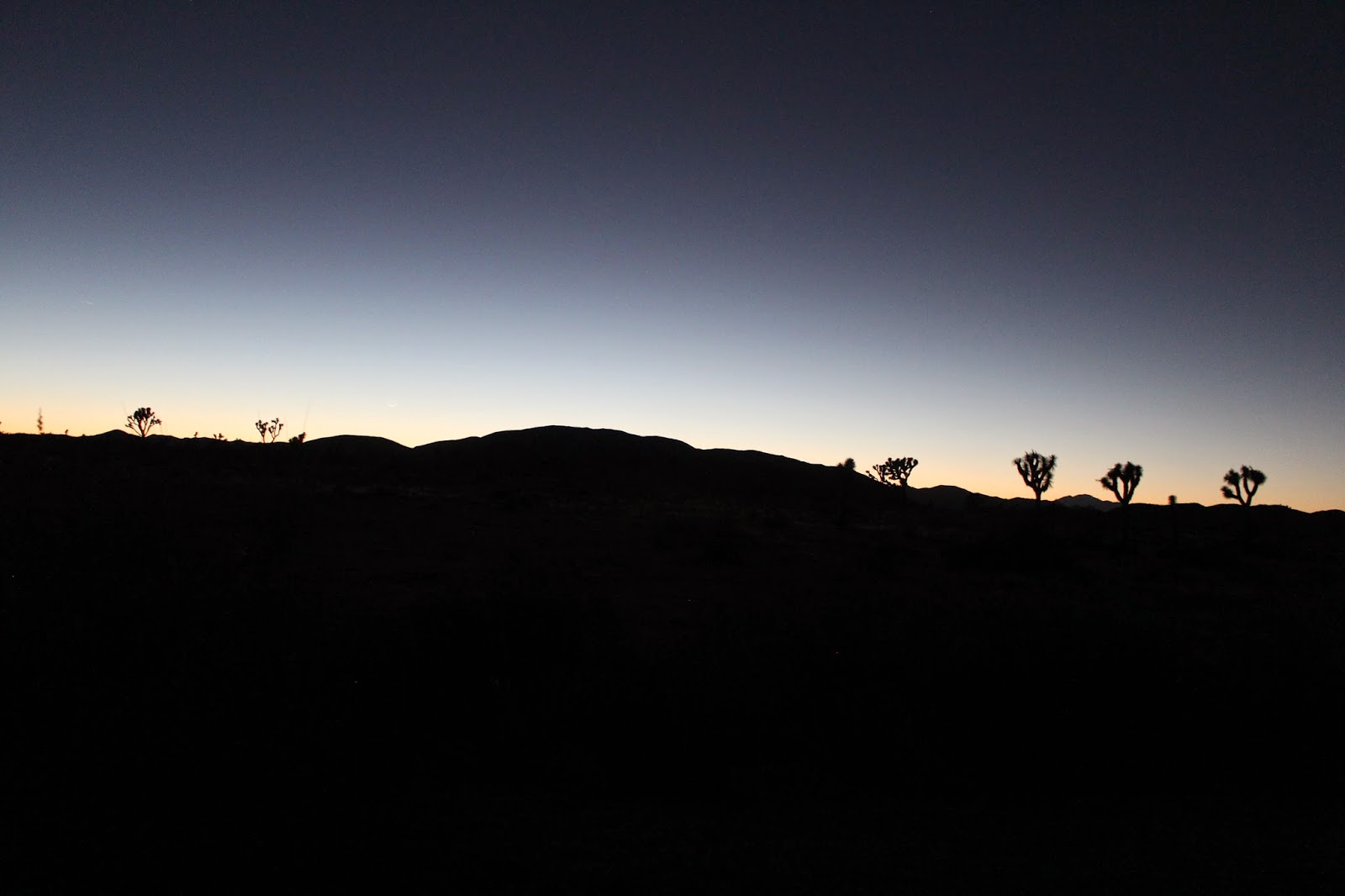 Posted by Jenny Strong at 9:26 PM No comments:

Email ThisBlogThis!Share to TwitterShare to FacebookShare to Pinterest
Labels: Climbing

December has been a crazy month filled with exams and rad road trips. It started off with a trip to Bozeman Montana for the Ice Climbing Festival after Kyle won a facebook contest for a 3 night stay in Bozeman and 2 days of ice climbing clinics for two. I guess people actually do win those things! Despite being up to my ears in school work, I wasn't going to let Kyle take anyone but me. A few emails later, I had switched my schedule around and we were able to leave Friday morning to drive down for the weekend. I wasn't a fun road trip partner as I had to study most of the way, but it meant that we were able to enjoy the festivities together once we arrived. We pulled into the Lewis and Clark Motel (a bit of a crazy place full of strange antique furniture) around 7 and were able to get over to Emerson Lawn to watch the women's and men's World Cup speed climbing finals. It had been really warm that week and into the double digits that day so the event was held on a plywood wall which was interesting, but it didn't seem to phase the athletes who were able to scale it in mere seconds.

We got up early Saturday morning to drive out to Hyalite Canyon, the local ice climbing epicentre. Here we met our guide for the day and the rest of the people in our clinic. There was a big turn-out and groups dispersed all over the valley for the day. We had a bit of a hike to get to the Mummy-Scepter area where we spent the whole day.
Since this was my first day out ice climbing this season, I started out on an easier climb but Kyle went straight for the Scepter and practically ran straight up it! After dusting off the cobwebs and remembering what the heck I was supposed to do up there, I got a chance to try the Scepter too. It was a super cool climb, and probably the most difficult one I have done to date.
The clinic was pretty loosely organized, allowing us to get instruction as we desired from the numerous volunteers at the crag. We sat in on an ice screw and anchor building talk and watched a lead demo, but spent most of our day rotating through the many top ropes that were set up for our use. I was able to get on the Scepter twice, and each of the three routes up the Mummy. By the end of the day, our guide had us practicing climbing with one or no tools to work on footwork which was really helpful!
Upon our return to the parking lot, we were greeted with more volunteers serving spiked hot chocolate and apple cider and others handing out some beers. What a great way to end a very fun day! We socialized with people from the other clinics for a while before heading back to town for a hot tub. Many had traveled from all over the states for this event, most were from neighbouring states but we even met a girl who had flown all the way from Texas!

I had to put in a few hours of studying that evening, so Kyle went to meet Theresa, the contest organizer, for dinner and to watch the last World Cup event, the Lead Difficulty. I was able to meet up with them just as the men's final was starting. The route they had set seemed to be too difficult because many people fell at the same place and nobody made it to the final hold, which apparently made the event very difficult to judge. It was really exciting watching the athletes make their way up the route and it was fun to hear the crowd gasp and cheer when something happened.
We woke up Sunday morning to a foot of fresh snow, which made the drive out to Hyalite for our second clinic much slower than the day before but definitely way more wintery!
We went out to the G1 area for the day with a different group. There were far more top ropes set up here than there ad been at Mummy-Scepter, and a wide variety of climbs to choose from. Kyle and I had to leave early in the afternoon to make the 8 hour drive back to Calgary reasonable so we just went crazy when we got there, jumping on any available rope. We were able to do 8 climbs each in about 5 hours and by the time we were packing up to leave, my arms were pretty much done in.
It was a whirlwind of a trip, and definitely not something we had been expecting to do. I am really happy that it all worked out and we were able to check out a brand new place, meet some really fun people and watch some of the best climbers in the world compete in the World Cup and North American Championship. Thanks so much to Theresa for putting everything together for us, and to Kyle for entering the contest and bringing me along for the ride!
Posted by Jenny Strong at 5:21 PM No comments: